In November we visited Startup Weekend Groningen. From Friday to Sunday in 54 hours we have been designing, developing, validating, hacking, networking, made friends, mentoring, learning, building, drinking, partying, not sleeping, played nerfgun battles, did some karaoke, gaming, longboarding, eating and a whole lot more! In this article a report.

The startup weekend is a weekend from Friday afternoon to Sunday evening where you’re going to develop a product with a team. The cool thing about the startup weekend is that there are multiple disciplines attending like developers (green shirt), business people (yellow shirt), designers (red shirt) and industry experts (blue shirt). On Friday every attendee is allowed to pitch an idea. After pitching the ideas everyone could cast three votes on the ideas. The 15 ideas with the most votes could formulate a team. The newly formed teams got a space in the Spindle office where they could deepen their idea further. 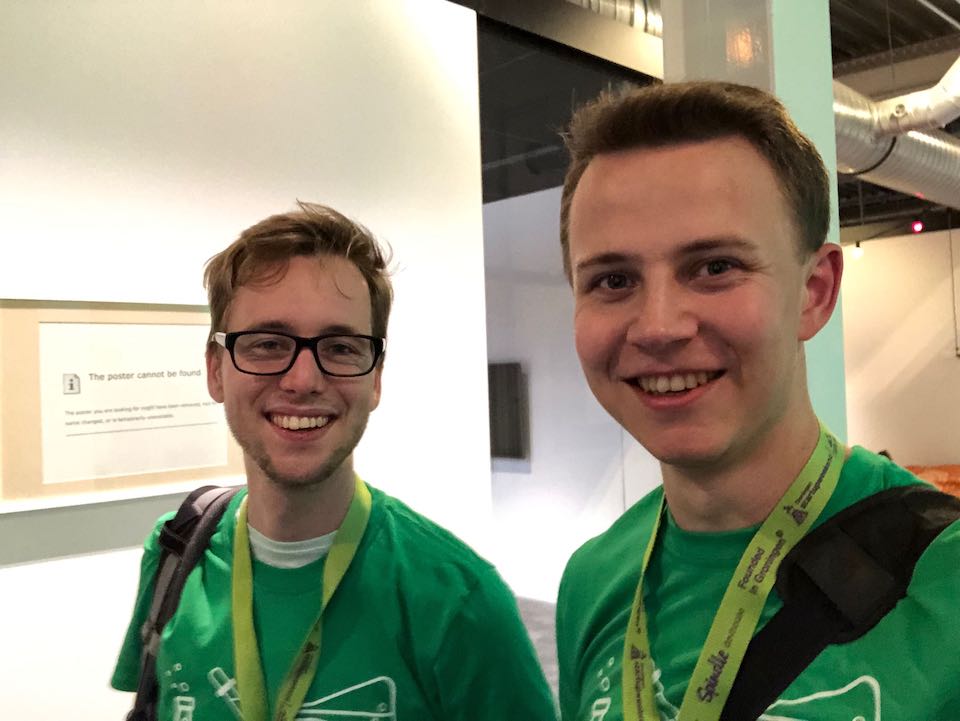 See how excited we are! 🙂

Our idea? A tool for Hikers to help them pack food for long hiking trips.

Saturday was all about validating our idea. In the morning after breakfast we’ve got a workshop from our facilitator (Daniel). In this workshop Daniel showed us the best way to validate our idea. The main taking of this was that we should find real people to talk to and ask open questions such as “Can you tell me more about your last trip?”. This way we could identify frustrations people had with their experience and validate if the problem we wanted to solve was a real problem. To validate our idea we contacted Facebook groups about hiking and we went to the city center to interview people at outdoor shops (such as Bever).

What happened a lot was that teams changed their idea based on the validation process. This was a huge learning for us because we’re inclined to think for other people. After we gathered all the input we did write them down on post-its to group and discuss them. The goal of this discussion was to decide what the final product should be.

Sunday was the last day of the weekend. The goal of Sunday was to pitch the idea in 4 minutes to investors and the rest of the attendees. In the morning after breakfast we started working on our prototype using a mockup tool. The prototype was meant to validate the idea further, the idea was to sent the prototype to the people we’ve validated the idea with tho provide results to them without developing an actual product (Lean startup). Some of the teams actually generated some income this way.

In the afternoon we got a presentation workshop which was really helpful the core concept of this workshop was to tell a story instead of a list of facts. A presentation should consist of 4 parts an introduction to the story, the problem, the solution and an ending.

In the end every team pitched their ideas and three winners were selected by the jury. Unfortunately we didn’t win a price but we did gain a lot of knowledge about starting up your business (and we had loads of fun in the meantime).